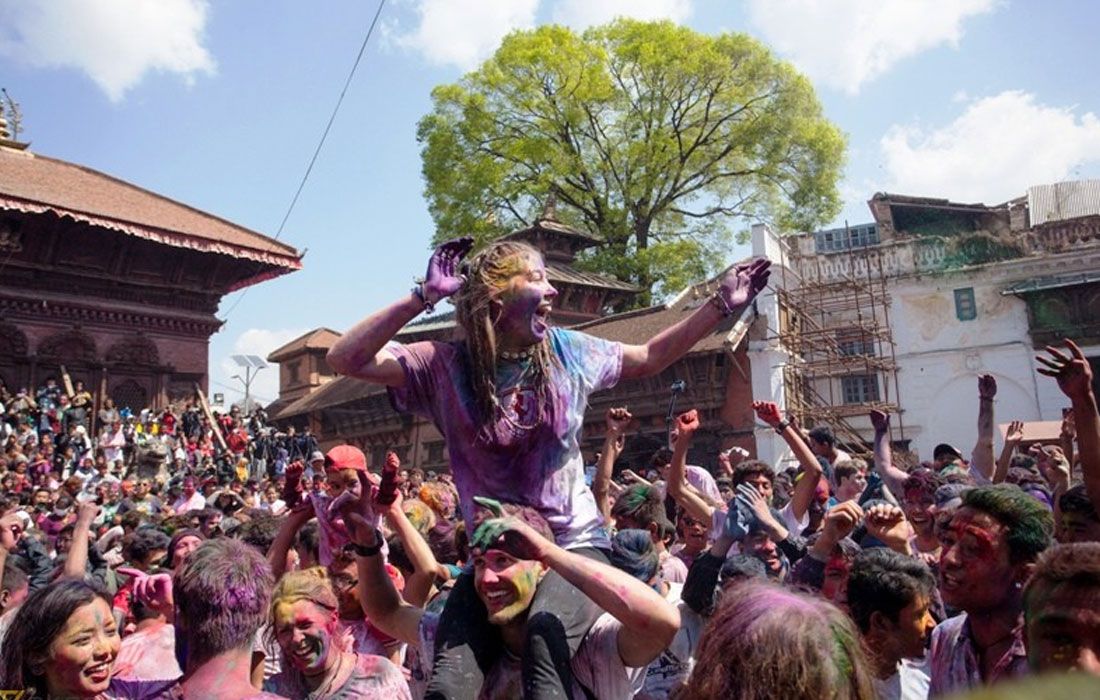 Holi-the Festival of the Colors

Holi like all other Hindu festival has ancient myth and Hindu legends associated with the triumph to good over bad, making the festival more exuberant and lively. One of the most popular legend is of diabolically cruel monster “Holika” who tried to kill “Prahlad”-true aficionado of Lord Vishnu. Accordingly, Holika was blessed by Lord Brahma of not getting burned by fire. So, Hiranayakashyapu-Prahlad’s father and king of fiends, ordered his sister “Holika” to sit in the fire with Prahlad to finish him for worshipping Lord Vishnu and not him. Holika sat on fire with Prahlad on burning fire. Since, Prahlad was a true devotee, he prayed Lord Vishnu and Lord pleased with Prahlad’s Devotion saved him from the fire and instead let Holika to consume in fire as she had misused her blessing. Hence, Holi is celebrated to commemorate the death of Holika and victory of faith, devotion and goodness over evil.

A week before the festival a Chir is erected in the Basantapur, Durbar square of Kathmandu city. A ceremonial tree trunk fringed with strip of colorful clothes representing good luck charm is installed on a day prior to the holi called “Chir”. The legend behind the Chir is, one of the mischievous and playful act of Lord Krishna in which he stole all the clothes of “Gopinis” with intention to blush them when they were in the river Yamuna for bath and hung them all in the tree to bug them. Hence, Chir symbolizes that tree in which Krishna hung their clothes. At the end of the festival, Chir is conflagrated and people take the pieces of clothes hung in the Chir and ash of the Chir to their home for holy luck.

Holi is one of the most fun-filled, blissful and effervescent festival in Nepal. It is celebrated on two different consequent day in Nepal among people from hilly region and terai. Families and friends visit each other and celebrate with great joy, and merriment by splashing balloon-filled water also called “lolas” and Colors and getting completely drenched in Colorful water. Everybody gets delight in the joyous festival of color looking at each other and hence it is also called “the festival of fun”. People abridge the gap they had in between them and renew their relationship by hugging and wishing each other. People play music, dance, eat varieties of sweets and forget all their pain and stress on Holi.

In recent days Holi has been a fete de attraction for tourists also as it is celebrated during tourist season. Lots of tourist from all around the world can be seen enjoying the festivals of color with local denizens. The most happening place during the holi festival in Kathmandu are Thamel, Basantapur, New Road etc.